Any history of The Wolfe Brothers that doesn’t begin four generations ago isn’t quite complete. The revered country duo, comprised of brothers Nick and Tom Wolfe, have become renowned over the past few years for their jaw-dropping live shows and slow-but-steady ascent to Australian country music’s upper echelon. Part of their rise has been due to talent, and a lot of it due to hard work. But the truth is that music is in The Wolfe Brothers’ blood. “We come from four generations of farmers and musicians,” Nick explains. Their father, the man who encouraged them to start playing and helped facilitate their first shows in their early teens, was a rock drummer. His father played saxophone, touring around the brothers’ home state of Tasmania with a family band. And his father — Nick and Tom’s great-grandfather — was a fiddle player. So to say that The Wolfe Brothers’ story begins anywhere except four generations ago would be disingenuous; it would be ignoring the tides of history.

If the musical gene was already in Nick and Tom’s DNA, it was their parents who brought it to full bloom. Their father guided Nick to the guitar and Tom to the piano, perhaps with “the intention of starting a band with us,” as Tom says. And their mother filled the family home with music, exposing her children to 90s country staples like Garth Brooks and Billy Ray Cyrus. It was almost an inevitability that the Wolfe family home would produce two of Australia’s finest country musicians.

And for the better part of the last decade, The Wolfe Brothers have been proving themselves as just that. In 2013, they made waves with their emotive, striking debut It’s On. 2014’s Nothin’ But Trouble expanded and beefed up the brothers’ sound, adding elements of classic rock to their country bedrock. And 2016’s This Crazy Life showcased a new sheen on the duo’s songwriting, spawning the hit “Throw ‘Em Back.” The Wolfe Brothers’ progression hasn’t been meteoric or in fits and starts, but that’s a good thing: Nick and Tom understand that great things take time to grow, and that self-improvement is vital to having a long career. Their story is one that started four generations ago, after all.

If their first three albums were steps towards the rarefied space The Wolfe Brothers occupy now, it was 2018’s Country Heart that gave them the final push. “Country Heart was the first time we’ve talked about our lives,” Tom says of their 2018 triumph. A heartfelt and occasionally melancholic portrait of a tumultuous period in Nick and Tom’s lives, Country Heart found The Wolfe Brothers pushing themselves emotionally and musically more than they ever had. “That album has given us so much confidence to go into the next one,” he says. “We pushed ourselves last time, and now we’re wondering, where can we go this time?”

The answer to that question is “No Brakes,” the most conceptually and musically bold song The Wolfe Brothers have ever put to tape. A joyful fusion of country, rock, and pop, “No Brakes,” like Country Heart, is a portrait of where the brothers are at this point in time — only this time, it shows them going full speed ahead, pushing forward with no cares in the world. “We’re drawing from pub rock, from old country, from new country,” Nick explains. “Maybe it’s a bit confusing, but we do what we do and write what we love.”

A song about going full-steam ahead in a relationship, “No Brakes” also works as an accurate metaphor for where The Wolfe Brothers are in their career. “This represents the last few years of our journey,” Tom says. It also represents where he and his brother want to go. “It’s been quite a long time since there’s been an Australian country act who’s been a huge, huge crossover,” adds Nick, signaling, in part, where he and Tom’s ambitions lie. Humility is as baked into The Wolfe Brothers’ DNA as music is, but it’s clear that, at this point in their career, it’s time for something bigger: radio crossover, stardom, the massive American market. Tom and Nick Wolfe will always remember where they came from, but “No Brakes” feels like the song that could take them a step further. It may be far cry from their roots, but as Tom says: “We’ve never been the kind of band that stays in one lane.”. 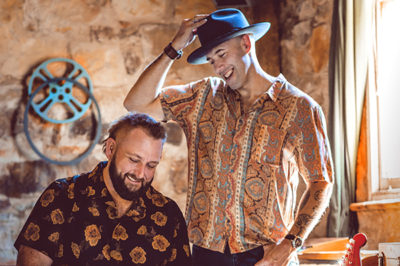 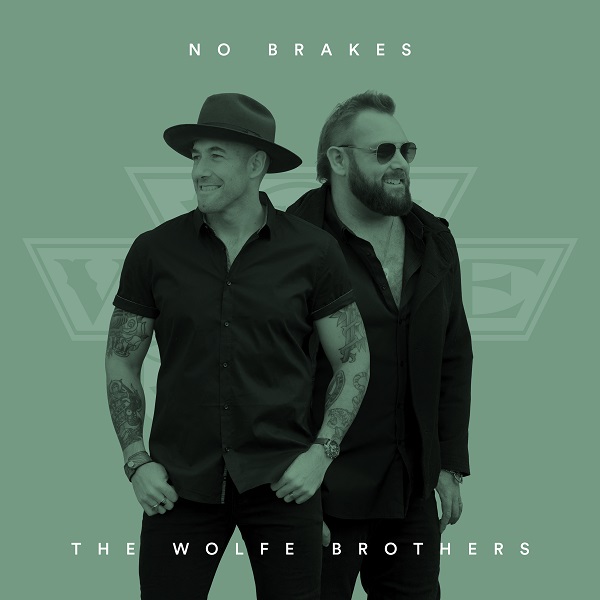