Ben Earle and Crissie Rhodes – The Shires — know what it takes to be bona fide country music stars. Because since they met and formed their duo in the U.K. in 2013, that’s exactly what they’ve been. As recipients of the CMA’s Jeff Walker Global Country Artist award, they are the most popular and best-selling country act in the U.K., and now they’re bringing a brand new album – Good Years – to the U.S. to share their music and their message with fans across the pond.

While Rhodes grew up listening to her grandmother’s Jim Reeves, Tammy Wynette and Patsy Cline records and influenced by the likes of Faith Hill, Martina McBride and Alison Krauss, it was Lady Antebellum’s 2009 hit “Need You Now” that turned everything around for Earle.

“When I heard that song, it was like everything I wanted to do and everything I loved about music in one song. It was an epiphany for me. I went on this journey and discovered this whole world I didn’t know about. It was the most exciting time in my life musically. Suddenly, it was like coming home.”

The duo’s GOLD-certified debut album, Brave, reached the top spot on the U.K. country charts and their next two albums My Universe and Accidentally on Purpose followed suit. And in 2017, they were honoured with a CMA International Award – the Jeff Walker Global Country Artist Award – recognizing their outstanding achievements in furthering country music outside the US.

They credit that success to the promise they made to each other to only sing about what was real. “Because that was what we loved about country music: the honesty and the storytelling and making it all heartfelt. We think that’s why our music resonated with people at the start and still does,” shared Earle. As writers on 11 of the 12 tracks on Good Years, Earle and Rhodes collaborated with celebrated storytellers Cam, Bob DiPiero, Kara Dioguardi, Tom Douglas, Canaan Smith, Dan Couch and more on Good Years.

Having seen American country stars up close and personal, sharing U.K. stages with Little Big Town, Carrie Underwood, Sam Hunt and Shania Twain, when it came time for The Shires to take the ultimate country stage in Nashville, Earle calls their Opry debut one of the most surreal experiences of his life. As the first UK country act to step inside the historic circle, “it was a massive big deal for us,” he said. And Rhodes recalls being initially nervous, but after Bill Anderson introduced The Shires to the crowd, she saw some fans flying the Union Jack, which put the duo at ease.

That trip to Nashville, Rhodes says, was everything she imagined that it could be and more. “To be surrounded by so much talent was quite overwhelming. Then getting in there with people who’d been writing songs for years and were so well practiced. That was quite daunting to try to do that,” she admits, “and to try to put our Brit spin on it at the same time.”

“We just love landing on that Nashville runway and feeling like, ‘Ah. Here we are. We’re back.’ It feels great every single time.”

With Earle hailing from Hertfordshire and Rhodes from Bedfordshire, the band’s name came naturally. In the U.K., shires are essentially neighbourhoods. And now that they’re releasing their country music in America, they’re bound to feel right at home in our Nashville neighbourhood. 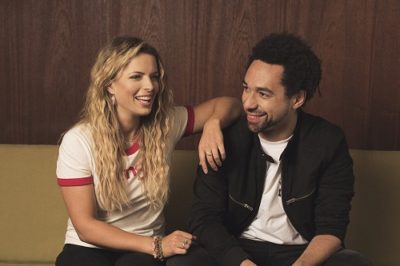 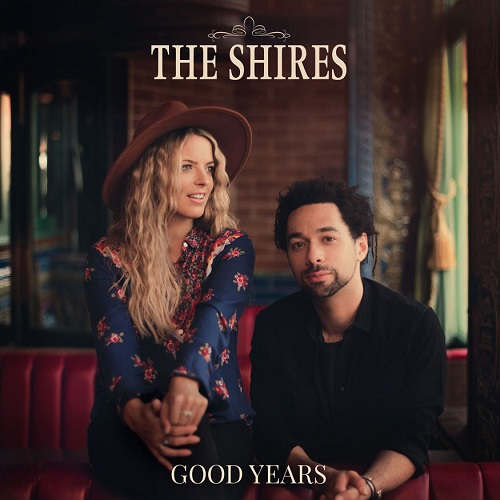