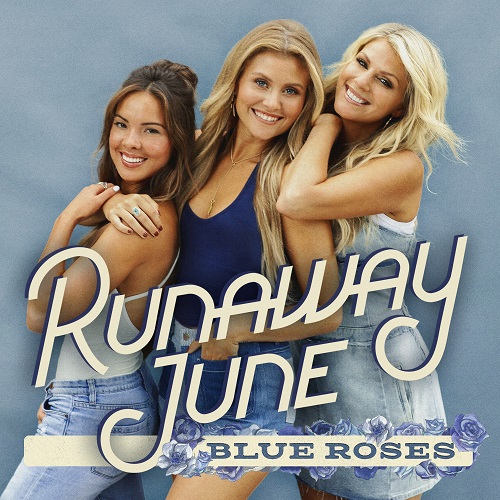 Wheelhouse Records’ Runaway June will be performing this Friday (7/12) on Fox & Friends as part of the show’s All-American Concert Series. Runaway June’s long-awaited debut album, Blue Roses made its premiere this week as a Top 5 album. Produced by Dann Huff and Ross Copperman the album includes the Top 15 and rising anthemic sing along, “Buy My Own Drinks.” The band will perform that hit this Friday, which recently became the first Top 20 radio single by a Country female band or trio in 14 years, along with other fan favorites.

Since Naomi Cooke, Hannah Mulholland and Jennifer Wayne formed four years ago, Runaway June has become an ACM and CMT nominated band, been named to CMT’s “Next Women of Country,” scored major tours and opening slots with some of the biggest names and icons in music (including Garth Brooks, Alan Jackson, and Carrie Underwood), performed on national TV including the CMA Awards, ACM Awards, CMT Awards and TODAY, and received high praise and raves from dozens of critical outlets, all while constantly digging deeper to fill out a sound that connects them to the tradition of Country music and its devoted fans.

Runaway June is on the road through the fall, supporting seven-time Grammy winner and Pollstar’s three-time top female country touring artist Carrie Underwood on the Cry Pretty Tour 360. Sponsored by CALIA, the tour kicked off on May 1 in Greensboro, NC, and will play 55 arenas across the U.S. and Canada promoted by AEG Presents. Tickets for the concerts can be purchased here.