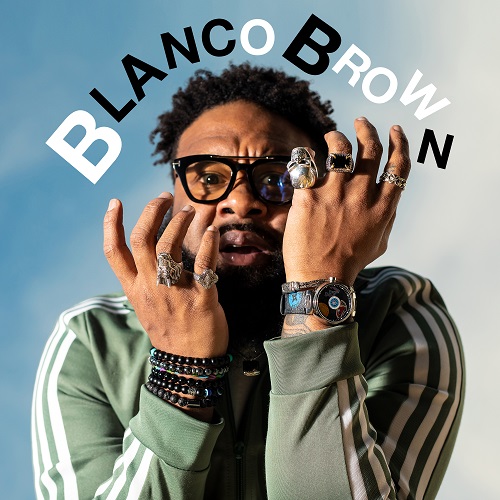 Blanco Brown’s “The Git Up” has taken the world by storm as it hits #1 on Billboard’s Hot Country Songs Chart, jumping 4-1 in its fifth week, making it “the quickest coronation since Sam Hunt’s ‘Body Like a Back Road’” (Billboard). The breakthrough hit is also the top-selling digital Country song in the United States this week via Nielsen Music (and second-selling song all-genre). “The Git Up” is already nearing the Country Airplay charts with 786,000 Country radio audience impressions (3 million impressions all-genre) following appearances on The Bobby Bones Show, NPR’s Fresh Air and several other radio stations. In response to the demand, the viral hit will impact Country radio July 15.

The viral track USA Today said has “infrastructure in place to turn his viral success into a big breakout summer,” was shared on April 26 via SoundCloud, along with a social video of Blanco performing the dance which has since spawned more than 500 million viral views and thousands of user-generated videos using #TheGitUpChallenge. The song has also claimed the #1 spot on Spotify’s “Global Viral 50,” “US Viral 50” and “Canada Viral 50” charts, the #1 most-Shazamed Country song both in the US and globally (and ninth and fifteenth all-genre, respectively).

Praised for his unique live performance, with Rolling Stone naming him one of their CMA Fest 2019 “20 Best Artists and Shows We Saw,” Blanco will perform at this weekend’s Pendleton Whisky Fest, alongside Post Malone, 50 Cent, Grieves,Tyla Yaweh and DJ Sovern-T.

On May 31, Blanco Brown debuted his self-titled debut EP and introduced the world to a new genus of music, which he affectionately calls “TrailerTrap.” His music, inspired by his youth growing up in the projects in Atlanta during the school year and rural Georgia during the summers, draws upon the rawness and storytelling abilities of his two biggest musical influences, Johnny Cash and Outkast, to seamlessly blend Country and hip-hop music.

Blanco was signed to BBR Music Group/BMG in 2018 and in January was named one of Billboard’s “7 Country Acts to Watch in 2019,” and while this is Blanco’s first foray as an artist, he is a veteran in the industry, having produced top name artists like Fergie, Childish Gambino, Chris Brown and Kane Brown (to name a few). He is a multi-talented creative visionary who can write, sing, play multiple instruments (including, but not limited to, guitar, lap steel, spoons, harmonica and tambourine), dance, coach, direct, design and produce.