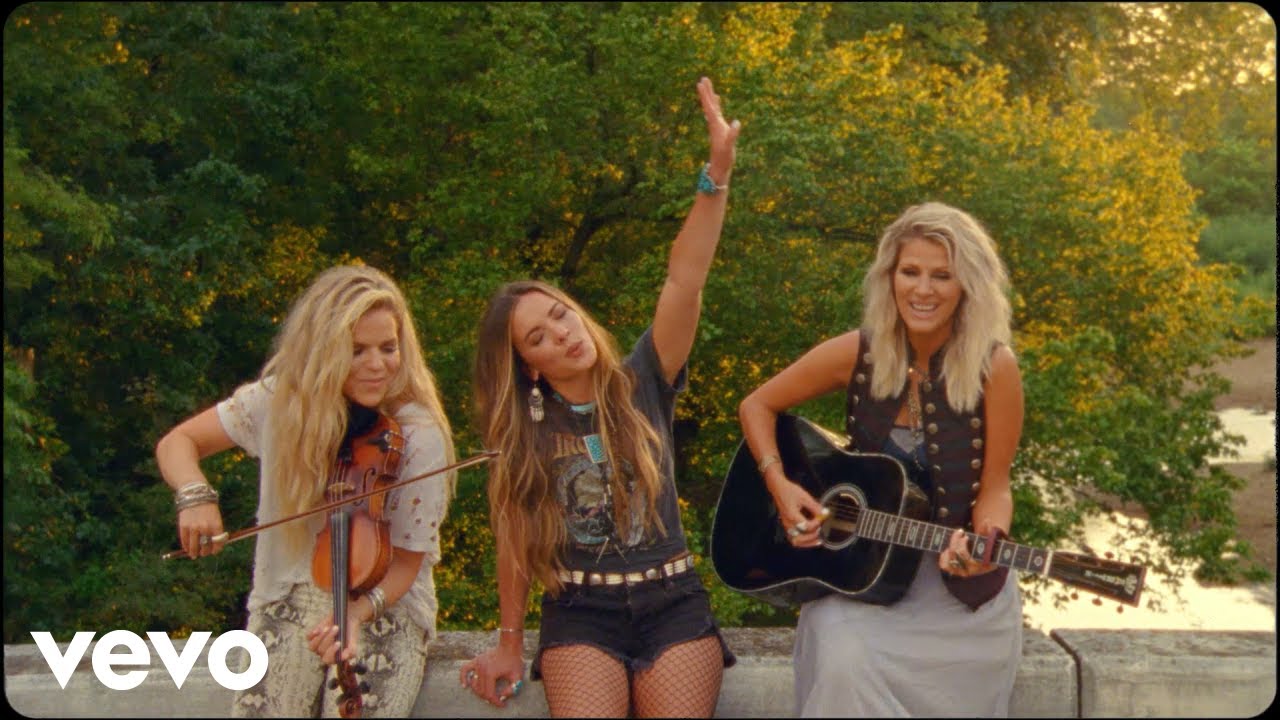 Runaway June – comprised of Naomi Cooke, Jennifer Wayne, and Natalie Stovall – announced this week the premiere of their sweetly nostalgic video for their current Top 40 single “We Were Rich,” out now. This video reflecting simpler times was directed by Patrick Tracy (Halsey, Day + Shay, and more) and premiered on CMT and CMT Music earlier this week and can be viewed globally on YouTube now. Watch music video here!

Sponsored by Natalie Stovall’s hometown of Columbia, TN, Natalie says, “The first time I saw our music video I just started sobbing like a baby! I didn’t expect to get so emotional! It opens on the house I grew up in, features my parents and sweeps through intensely nostalgic moments, people, & places from my childhood and hometown,” Natalie continues. “I couldn’t think of a more perfect visual love letter to the town that made me who I am! And the fact that this is my first music video with Runaway June just makes it even more special.”

Music Row raves “We Were Rich” is “sweetly heart tugging and absolutely gorgeous sounding. I don’t know which I like better, the deliciously well written lyric or the breath-taking harmony-vocal perfection. I fell hard for this little slice of American life.” The track that Rolling Stone dubs “an album standout” and PEOPLE claims is “a nostalgic song about appreciating life’s simple, priceless treasures,” is featured on their debut album, Blue Roses,that generated their record-breaking single “Buy My Own Drinks” marking the first time an all-female trio scored a top five hit at Country radio since The Chicks in 2003.

Available everywhere digitally now, this single immediately triggers a warm sense of nostalgia. “We Were Rich” takes the listener back to those backyard barbecues sipping fresh lemonade between a game of tag with family and neighbors. This up-tempo heel-tapper reminds the listener of simpler times when it didn’t take all the bell and whistles to feel rich. It is an even better reminder during this time of chaos in the world that it is the little things in life that matter most. “We Were Rich” is probably our favorite song on the record and it’s been a long time coming, this one being a single,” says Naomi Cooke of Runaway June. “We are so excited to finally be able to say that. It is a song about your childhood or your adolescence. It’s nostalgia reminiscing about back before you knew anything was wrong in the world, back before when you thought you had it all.”

On the heels of this premiere, Runaway June is gearing up for the release of their highly anticipated When I Think About Christmas EP out October 16th!  This five-track EP will feature three Christmas classics in addition to two Runaway June Christmas originals. Runaway June is ready to flaunt their country roots with versatility by showcasing on this EP their organic three-part harmonies paired with their genuine excitement to spread holiday cheer. Displaying their authentic love for the season expressed through the artistry and talent that fans, critics, and radio have all embraced, Runaway June poured their passion for the holidays into this project.

With their current single mixed with these Christmas originals and classics, Runaway June has made it a mission to trigger a warm sense of nostalgia. “We Were Rich” is a subtle reminder during this time of chaos in the world that it is the little things in life that matter most while these Christmas songs are a nod to Christmas traditions and holiday spirit.

For more information on Runaway June, check out their website here.