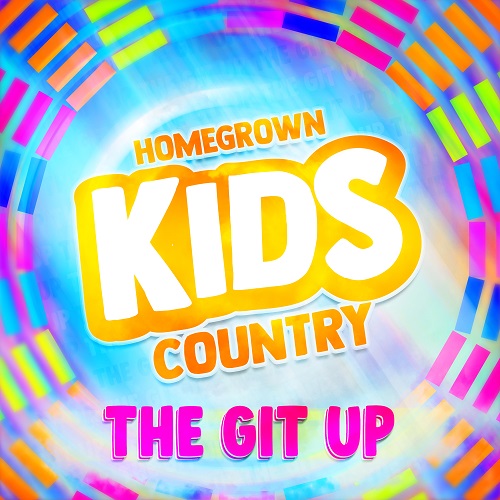 Following the release of their sophomore album, Homegrown Kids ‘90s Country, the Homegrown Kids recorded their version of Blanco Brown’s “The Git Up,” which can be heard here. Then, like millions all over the world, they tackled the viral TrailerTrap sensation called #TheGitUpChallenge. You can watch their version of this dance here.

This video displays the many layers and talents of the Homegrown Kids while also showing that Country music is all encompassing. The Homegrown Kids are a diverse, inclusive group of youngsters who represent a wide range of ages, backgrounds, and ethnicities. Each song on both of their albums has a positive message with the hopes that children along with adults can be impacted by the songs they release while also having fun.

This dance called #TheGitUpChallenge was created after the release of “The Git Up” by Blanco Brown and has been taking the internet by storm. Generating 32.2 million digital streams and 2 billion viral video views and counting, this TrailerTrap track is still growing beyond comprehension while it is currently the #1 Top Country Single, #1 Country Stream, #1 Country Shazam, and the list of impressive achievements goes on. Needless to say, the Homegrown Kids wasted no time before participating in this “challenge”.