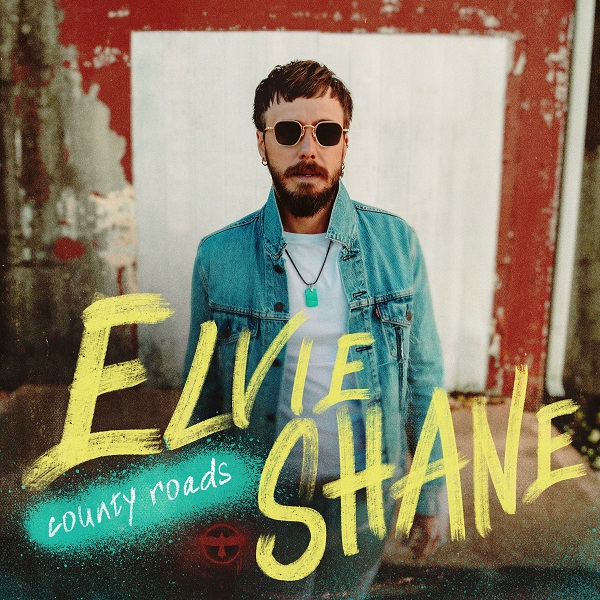 County Roads will be fans’ first peak into the multi-faceted singer songwriter, who until recently had only released “My Boy,” the tender ballad, written for his stepson. Across the six-song EP, Elvie shares his high-energy, larger-than-life personality and properly introduces himself to the world. With each song written, the truck driver’s son draws upon his blue-collar existence blending picture-based lyrics, grit, nostalgia, classic rock electric guitar, and soulful vocals to make for an honest depiction of life in small town America.

“What an incredible day. I’ve been spinning around this rock for 33 years now and since week one, music has been pouring into my ears. I started with hymns, was raised in the glory days of 90’s Country and had a crash course in Rock’n’roll—to get to share how all of those influences and experiences throughout my life have shaped me is a dream,” said Elvie Shane. “I’m so excited for y’all to get to know me and to see where this journey takes me.”

The EP kicks off with the title track, “County Roads,” chosen because it embodies the energy and sound of Elvie, through Country storytelling and elements from some of his biggest influences (Steve Earle, John Fogerty and Roger Miller). Both the title track and “Sundays in the South” paint a portrait of his upbringing in rural Kentucky. As a whole, the project looks back on Elvie’s journey with songs like “My Mississippi” and “Sundress” that find Elvie reminiscing on teenage love.

In celebration of the project, Elvie also released The Windshield Views, a video series that gives fans a deeper look into the inspiration of each song. Captured on the very county roads in Kentucky that inspired each song, Elvie shares more of his roots. The title of the series is a nod to his love of muscle-cars and that “windows rolled down” feeling his music incites.

Elvie will step into Country music’s hallowed circle tonight to deliver a solo performance of “My Boy” before the legendary Opry band joins him for the first live performance of his inspirational “Keep On Strummin’” since it has been released. Following his appearance on the iconic stage, Elvie will join WSM Radio’s Coffee, Country & Cody, on Tuesday, April 27th to chat about County Roads and his experience on the iconic stage.