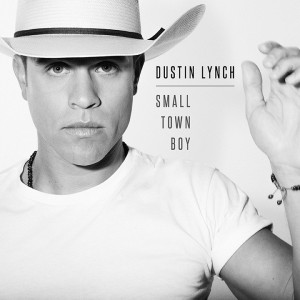 Nashville, Tenn. (February 17, 2017) – After keeping fans on the edge of their seat all day Thursday (2/16) with a mysterious, slow-building teaser that has blown up on social media, hit making Broken Bow Records star Dustin Lynch has just announced “Small Town Boy” as his next single.

A soulful country groove built for windows-down cruising with a special someone, “Small Town Boy” is available on all digital outlets and spinning on Country radio today (2/17).

Written by Rhett Akins, Ben Hayslip and Kyle Fishman and produced by Zach Crowell (Sam Hunt, Carrie Underwood), the track’s cool-handed declaration of love is a natural counterpoint to Lynch’s hot-and-steamy fourth straight #1, “Seein’ Red,” and the second taste of his upcoming third album. More details about the project will be announced soon.

“’Small Town Boy’ is about being in love with someone for who they are and what makes them unique. I grew up in the small town of Tullahoma, TN, and that town made me who I am. It’s somewhere I long to always go back to and visit … my family is still there,” shares Lynch. “So this song reminds me of my hometown, and what true love really is – and that’s being in love with the real in somebody and not the fake.”

In addition, the tried-and-true star has partnered with Pepsi MidAmerica to send two grand prize winners on a VIP VEGAS EXPERIENCE. Look for Lynch on cans of Dr. Pepper across Illinois, Missouri, Arkansas, Kentucky and Tennessee, or visit http://www.pepsimidamerica.com/dustinlynch for more details.

ABOUT DUSTIN LYNCH:
Since releasing his PLATINUM debut single, “Cowboys and Angels,” Lynch has catapulted onto the country music scene, with four consecutive #1s, two Top 5 albums, Platinum-level certifications and back-to-back summers on one of the biggest tours in country music (opening for Luke Bryan). Racking up over 83.7 million views on YouTube/VEVO, scoring 173.8 million plus streams on Spotify, soaring to #1 on the MTV Music Meter and selling 3 million digital sales, he brings a fresh combination of traditional influences and edgy intensity to the genre. Producers Mickey Jack Cones, Brett Beavers and Luke Wooten showcase his progressive sound throughout his sophomore album, WHERE IT’S AT (Broken Bow Records), which debuted at #1 on the iTunes Country Albums Chart upon release and has tallied over 1 million tracks sold to date. Realizing his long time dream of creating a fashion line, Lynch recently launched Stay Country. “Stay Country isn’t just a brand, it’s a lifestyle,” says Lynch. “It’s where I grew up. It’s home to the rivers I’ve fished, the deer stands I’ve perched, and the dirt roads I’ve roamed. It inspired Stay Country.” The line of accessibly-priced men’s and women’s shirts, hats, and accessories, all emblazoned with the distinctive Stay Country logo, can be found online athttps://www.staycountryclothing.com.