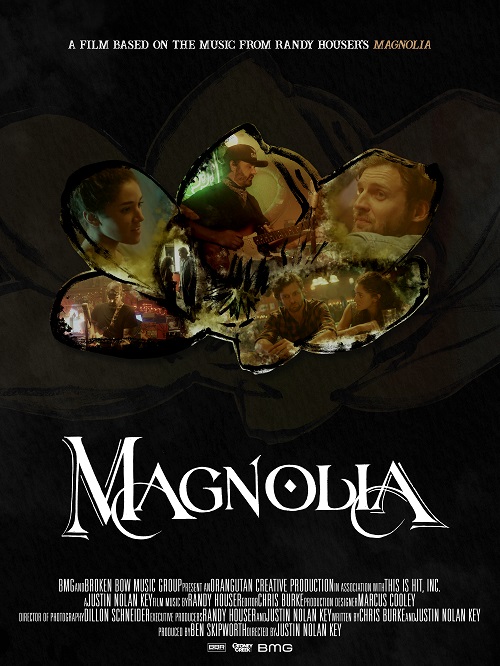 Randy Houser’s film, Magnolia inspired by his critically-acclaimed album, of the same name premieres tonight on CMT Music at 8pm ET / 7pm CT with additional air dates throughout the week. Magnolia the film, available now digitally, was created as both a visual representation his heavily-lauded work, and a narrative film thematically based on the music. See the trailer for Magnolia here.

CMT Music will air the film on at the following times:

Mirroring the blue-collar sentiments of Magnolia’s lyrics, the film follows Noah, an oil pipeline/rig worker as he returns home to the Gulf Coast and must confront his past while also determining his future. Directed by Justin Nolan Key, the film was authentically shot in Houser’s home state of Mississippi, providing the perfect backdrop to highlight his rootsy melodies and swampy guitar licks. In the film, Houser plays a local bartender/singer at the town dive and performs several live acoustic versions select songs off the album, including his latest single, “No Stone Unturned.”

Houser’s fingerprints can be found on every inch of the project, serving as executive producer for the film and having co-wrote every song on the album. This body of music began as a passion project and a way to recalibrate to become Houser’s most authentic and gutsiest project to date. He spent nearly two years on a journey of self-exploration through music, pulling from his Mississippi roots to cultivate an organic, un-polished work of art that NPR calls “some of the most expressive performances of his career.” Despite this new season of life, Randy’s unshakable, wailing vocals (that earned him four #1 hits, a slew of award nominations and critical acclaim), remain constant.