Check Out Their Story and How They Worked Their Way to Nashville HERE! 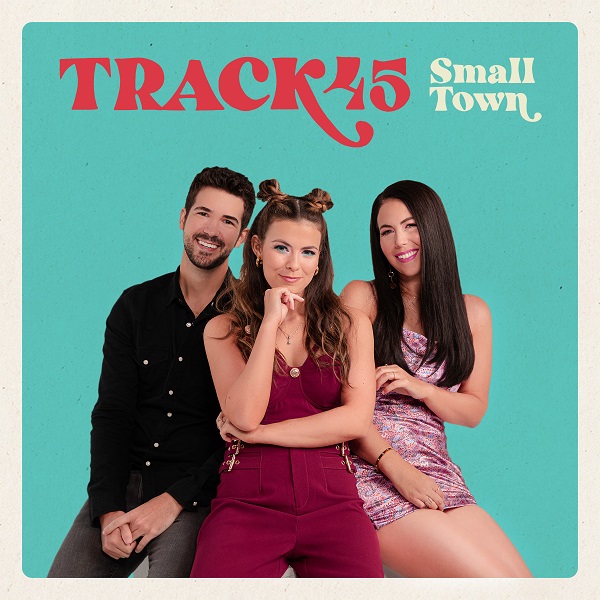 Stoney Creek Records latest signing Track45 officially announced today that their Small Town EP will be out next Friday, October 23. The trio have songwriting credits on every track of their forthcoming EP and produced several cuts, but they also enlisted an elite list of creative collaborators including Grammy-winning producer Byron Gallimore.

In conjunction with the announcement of their EP, they released this short video today on who they are and how they all separately worked their way to Nashville to later form what we know as Track45.

“We moved to Nashville with a big dream,” says the members of Track45. “We’re so proud that our first EP, Small Town, tells the story of who we are and where we’re from. We poured our hearts into this project, and we hope people love it as much as we do!”

Hailing from Meridian, Mississippi, siblings Jenna, Ben, and KK have taken family-based small-town values and stories and made them relevant in a modern world. They have taken their experience as a family and love for one another and combined their own individual successes to create their musical style. Each earned their own success by signing individual publishing deals and compiling impressive outside cuts including Justin Timberlake, Charlie Puth, Lee Brice, HARDY, Lauren Alaina, and more. Ben just earned his first #1 as a songwriter with Lee Brice’s three-week chart-topping hit “One Of Them Girls.”

Comprised of three tracks serving as their introduction into the country music scene, Small Town EP consists of the upbeat “Come On In,” with an inviting hook and an a cappella intro that tells you exactly who they are and where they come from, “Me + You,” an instrumental groove laced with steel guitar, and “Met Me Now,” which mines regret and the desire to reset time. This EP is a collection that captures a multi-layered, crisp, soulful sound that draws effortlessly from their assorted country, rock, R&B, and pop playlists.

Track45 announced their signing with BBR Music Group/Stoney Creek Records in August by collaborating with the new AR (augmented reality) app Jadu (watch HERE). This allowed Track45 to memorialize their milestone virtually with anyone, anywhere. The cutting-edge technology allowed the band to appear in the same space via holograph to celebrate with their new label family and the industry as well as fans and family. Shortly after the announcement, the trio started their first media tour performing LIVE at Ron Fair’s (Christina Aguilera, Black Eyed Peas, Gwen Stefani, Pussycat Dolls, and more) Faircraft Studio. With back to back live performances for media in the studio, Track45 displays their versatility adapting to modern times while holding country roots and values.