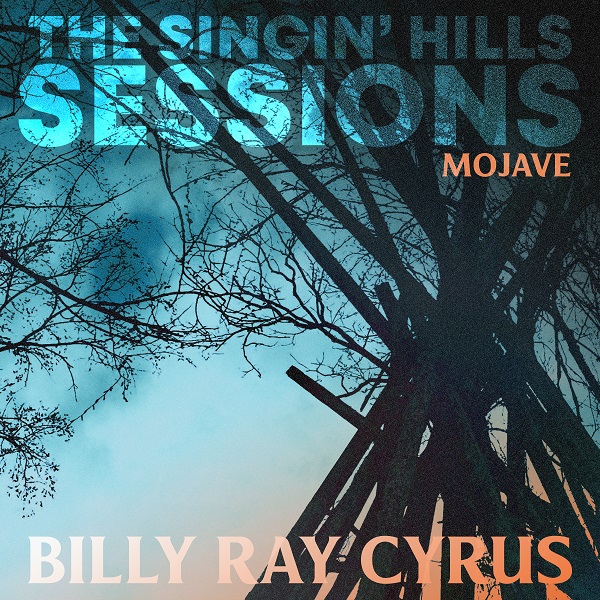 Cyrus has been in the spotlight since his 1992 No. 1 debut of Some Gave All on the all-genre Billboard album chart, which stayed there for a record-breaking 17 weeks as the top-selling album from a solo artist. The multi-media megastar has churned out 16 albums over the years and with Mojave, it all comes full circle.

This five-song EP, primarily recorded in the Mojave Desert, hence the EP title, is a representation of Cyrus’ past, present and future. Throughout the project, Cyrus seamlessly blends many of the genres he’s dabbled with in the past, including Country, R&B, Rock n’ Roll, Americana, Pop and Soul.

Mojave is the second installment of his Singin’ Hills Sessions, a series of releases that have allowed the international celebrity to return to his roots and hone-in on his songwriting craft. The name, Singin’ Hills Sessions, represents that return home, drawing its name from the area in Tennessee where Cyrus lived as his career began and still calls home today.

At the center of the project is “Ghost Dance,” a song which Cyrus wrote in 1996. An admirer of Native American history and culture, Cyrus was drawn to the circular tribal dance and the belief that with the cyclical nature of the world, you can bring back spirits and restore life. Getting back to his passion for crafting songs, this project is his own variation of a ghost dance and a depiction of his passage through life.

“I’ve always loved the spirit of ‘Ghost Dance’ and the belief that all energy moves in a circle. Releasing this song now feels like a full-circle moment for me—I’ve had so many wonderful journeys and experiences over the years but this feels like coming home,” said Cyrus.

In the midst of the whirlwind of having one of the biggest songs in Billboard history with the 13x DIAMOND-certified “Old Town Road,” the world shut down. Like many of us, Cyrus, while at home, searched for purpose in the stillness. Through that he discovered a fountain of creativity and a yearning to connect with people once again. With Mojave, he wants to not only share his life but make people feel and connect with human emotions again—especially during a time when we’re all separated and purposefully distant.

“My dad always said ‘if you don’t’ know what to do, stand still—the answer will come to you,’ and it seems like the universe might have been nudging us to find answers,” Cyrus adds. “I’ve found that music is the way I’m able to connect with so many people and spread light, especially during live shows, but right now this music has become my relationship with the world outside my front door.”

The renaissance man, who has earned legions of fans across the world over the years from David Lynch’s Mulholland Drive and starring in the wildly popular show, Hannah Montana, to having Billboard’s top-selling song of all time and raising a slew of talented children in the spotlight, has a lot more gas in his tank. With additional music on the way that looks to his Country roots with thoughtful lyrics, Cyrus channels the relentless sentiment of LL Cool J’s “Mama Said Knock You Out,” the lead song off Mojave.

“I’ve always loved that song—as well as fellow Kentucky native, Muhammad Ali—and just the concept of persistence and believing in yourself. Countrifying it was a joy and I feel like this song is the next segment of my circle following ‘Old Town Road,’” Cyrus said.

While “Good at Goodbyes” might be included in this project, don’t expect to say “goodbye” anytime soon. If anything, he’s “just gettin’ warm.”