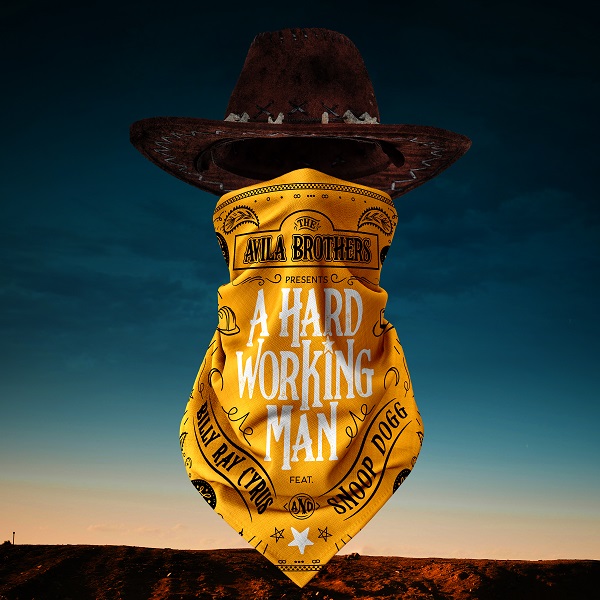 Some voices resonate around the world and powerfully radiate to cross boundaries and musical genres, uniting listeners everywhere to sing along. Entertainment icons Billy Ray Cyrus and Snoop Dogg joined the GRAMMY® winning Avila Brothers for “A Hard Working Man” and today released the cinematic music video for the all-star collaboration via YouTube Premiere. Tune in to watch the music video HERE.

Directed by Patrick ”Embryo” Tapu and filmed in Tennessee, the music video is a visual testament to the hardworking men and women in America. It features actual workers from different ethnic backgrounds and occupations such as fire fighters, teachers, construction workers, truck drivers, farmers, small business executives, baristas, doctors, nurses and others, entwined with performances from Billy Ray Cyrus, Snoop Dogg and The Avila Brothers.

These superstars epitomize artists who have transcended genres and overcome personal diversity to reach the top of their respective categories. All four artists are familiar with working hard to provide for a family and overcoming challenges to reach their dreams—this song pays tribute to the people who are grinding and chasing their dreams. Released on April 1 via Avila Brothers Music Group/BMG, “A Hard Working Man” was produced by The Avila Brothers, executive produced by FKOA Presents and Animal Concerts, mixed by DJ Quik and written by Bobby Ross aka AHVLAH, IZ Avila, Billy Ray Cyrus and C Broadus (AKA Snoop Dogg.)

“As you can imagine, bringing four such acclaimed talents together is next to impossible, but luckily for this project, everything lined up perfectly. We are all excited about this collaboration and love that we get to share it across multiple genres and reach such a diverse group of listeners.” Said IZ Avila. “This record puts the focus and value back on hard work. We’re proud to join together to illuminate, celebrate and honor those around the country that have continued to show up every single day, keeping our world moving,” added Bobby Avila.

“‘Mama told me. Ya gotta work hard to get your hustle on.’ Those words speak the truth. This country was built on hard work, pulling up your bootstraps and getting the job done. Doesn’t matter what your background is, your race or where you came from – we’re all Americans and our differences make us one. ‘A Hard Working Man’ was born from that thought – bridging the divide between all backgrounds and bringing us together, through music,” Cyrus shared.