Renewed Partnership Follows a Streak of Hits, With a New Chapter Ahead 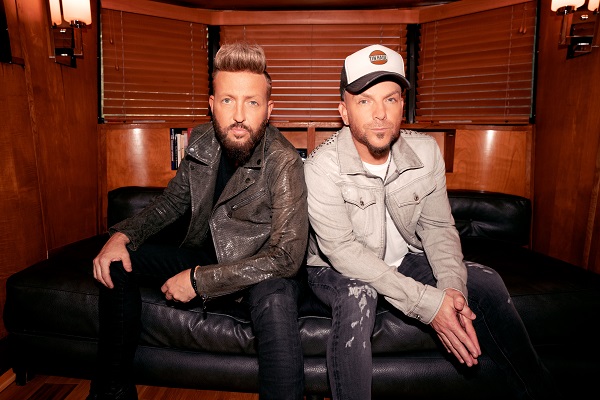 Announcing the news today (10/18), the hit-making team of Preston Brust and Chris Lucas will now continue a partnership which has already led to a string of attention-grabbing Country favorites. The singer-songwriters are signed to BBR Music Group/BMG’s Wheelhouse Records, represented by Red Light Management, and with a growing profile in the Country community, are headed full-steam into a bright future.

“Getting to know and work alongside Preston [Brust] and Chris [Lucas] over the past three years has only strengthened our belief in them as brilliant musical creators. We are proud to continue our longtime partnership with LOCASH and look forward to their continued success,” shares BMG’s VP, Creative Chris Oglesby and Senior Creative Director, A&R Katie Kerkhover.

Brust and Lucas add, “Turning words, feelings, and melodies into songs is a big part of our life, and we couldn’t ask for a better home for the songs we write than BMG. We’re excited to continue our partnership with [Chris] Oglesby, Katie [Kerkhover], and the entire amazing team at BMG!”

As successful songwriters, they have penned mega-hits for other artists including Keith Urban’s No. 1 “You Gonna Fly,” and Tim McGraw’s Top 10 “Truck Yeah.” The publishing agreement arrives just as LOCASH edges closer to the start of a new musical chapter, building on undeniable momentum.

With two acclaimed albums, two No. 1 songs and three GOLD-certified hits since 2015, their success story kicked off with the heartfelt highlight, “I Love This Life,” giving Brust and Lucas a reputation for relatable Country positivity.

They’ve continued to explore that mindset with more hits full of gratitude and good times, including their first Country radio No. 1 in 2016 – the GOLD-certified “I Know Somebody” – and the following year scored back-to-back nominations from the ACM Awards (New Vocal Duo or Group of the Year) and the CMA Awards (Vocal Duo of the Year).

Following 2019’s GOLD-certified No. 1, “One Big Country Song,” released off their full-length album, BROTHERS, the hitmakers are now working toward an all-new wave of music which is set to be announced soon.

LOCASH are currently on tour, with highlight stops through the end of the year including the Tortuga Music Festival (Fort Lauderdale, FL, on November 14) and the National Finals Rodeo (Las Vegas, NV, on December 3).