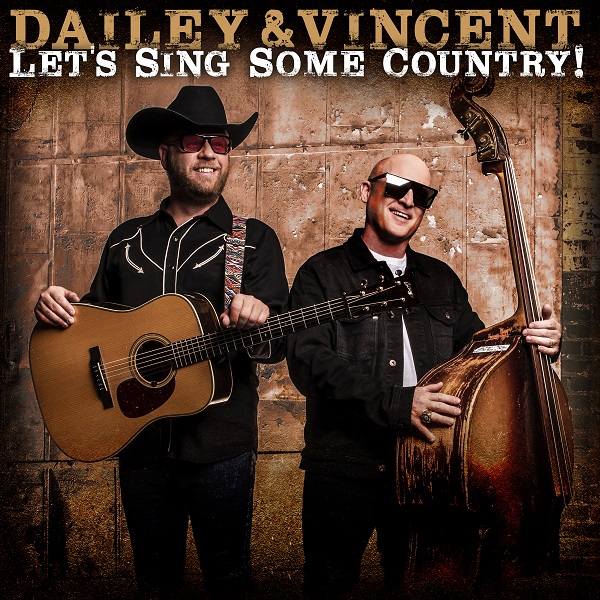 Produced by Paul Worley (Lady A, The Chicks, Trace Adkins), the renowned duo has focused their creative efforts on making the country record that they have always wanted to make. With the help of Jimmy Fortune, Vince Gill, Alison Krauss, Rhonda Vincent and more, Let’s Sing Some Country! unleashes another side to the award-winning group that fans don’t often hear.

“Let’s Sing Some Country! has been on our list of goals for many years,” says Dailey. “This record has been the most interesting process, mainly due to working with our first record producer ever, Paul Worley. Paul’s patience, vision, and passion have been poured into these tracks.”

“Recording this project has been one of the biggest highlights of my career,” adds Vincent. “This collection of music is what I’ve dreamed of recording for a long time. We hope you will enjoy our version of country music, so crank it up and Let’s Sing Some Country!”

Opening with “I’ll Leave My Heart In Tennessee” – a love letter to the Volunteer State and the latest Tennessee state song inductee – the 11-track project flows through the delicate ballad of heartbreak with “Colder Than Winter” to the swampy “Those Memories of You,” to the upbeat stylings of “Feels Like That Again,” “Hillbilly Highway,” “Message From The Farm” and more, channeling the duo’s southern roots with back-porch philosophies and homegrown sentiments.

Next week, the pair will play host at one of Nashville’s most infamous weekly events, Whiskey Jam (Winners – Sept. 19), and take the Opry stage twice – once on Tuesday, Sept. 20, and again on Thursday, Sept. 22.