Latin-Inspired Song “Streetlights” Due Out June 11 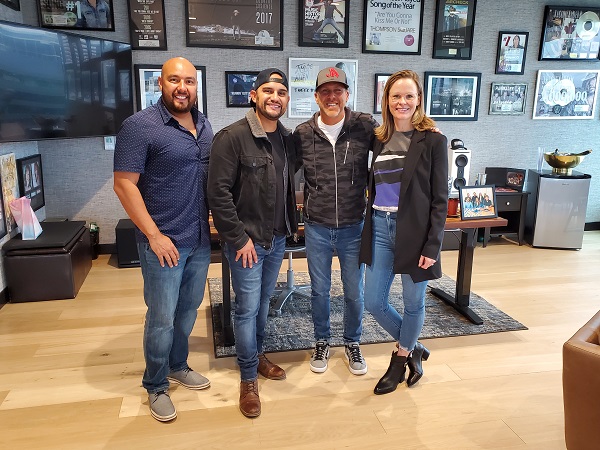 BBR Music Group announces the signing of former police officer, Texas chart-topper, and bilingual recording artist Frank Ray. Ray will release his first song as a signed artist, “Streetlights” on June 11. Inspired by his Mexican heritage, the new track, penned by Ray, is a sexy smooth cross between Country and Latin music. Pre-add/pre-save the track HERE.

Music was always a passion for Frank which he pursued part-time until he had the opportunity to open for Keith Urban, performing for several thousand— and something clicked. Immediately, after a decade on the force as a full-time police officer, he decided to leave his old life behind and embark on the journey to pursue music full-time (watch the moment HERE). In the three short years since, he has racked up two No. 1 singles and three Top ten singles on Texas Country Radio, become a staff songwriter, landed Frank Rogers as his producer and much more.

“I’m incredibly excited and humbled to join the BBR Music Group family! I’ve dreamt of this moment since I was a kid and I couldn’t be more grateful to have it manifest with a team who’s as diverse and forward thinking as any label I’ve ever seen,” says Frank Ray. “Their collaborative efforts inspire the vision I’ve had for myself in country music! I can’t wait to see what we can accomplish together.”

“Frank wasn’t an artist pitched through the Nashville machine. I came across him, like many fans, through a new artist playlist—when I heard his vocal and unique musical direction, I immediately needed to know more,” said Sara Knabe, VP A&R BBR Music Group. “What was clear from the jump is that Frank has a defined artistry, a winning work ethic and a fresh perspective, missing from our genre. I am proud to welcome him to our roster of artists.”

Frank’s music, described as “easygoing contemporary Country with pop-soul hooks and a dash of Southwestern spice” (Rolling Stone) is a blend—drawing influences from Latin music (Selena, Luis Miguel) as well as ‘90s Texas Country (Tracy Lawrence, George Strait, Clint Black), R&B and Pop (Justin Timberlake, Bruno Mars). As an entertainer, Frank draws influence from Garth Brooks, delivering engaging performances that are high energy and have a little something for everyone. It’s with this cross-cultural appeal and his panorama of influences that the Los Angeles Times proclaims Ray “is looking to stretch Country music’s cultural boundaries.”

In addition to being named an “Artist to Watch” by Rolling Stone, Ray has appeared on USA Network’s Real Country, been profiled in the Los Angeles Times and on NBC’s TODAY. He has also toured the nation and shared stages in support of artists like Kane Brown, Brett Eldredge, Luke Bryan, Kip Moore, LANCO, Old Dominion, Hunter Hayes, and more.

Ray is managed by Oscar Chavira, booked by WME, and is a staff songwriter at Spirit Music Nashville/Fluid Music Revolution. For more information, please visit his website.