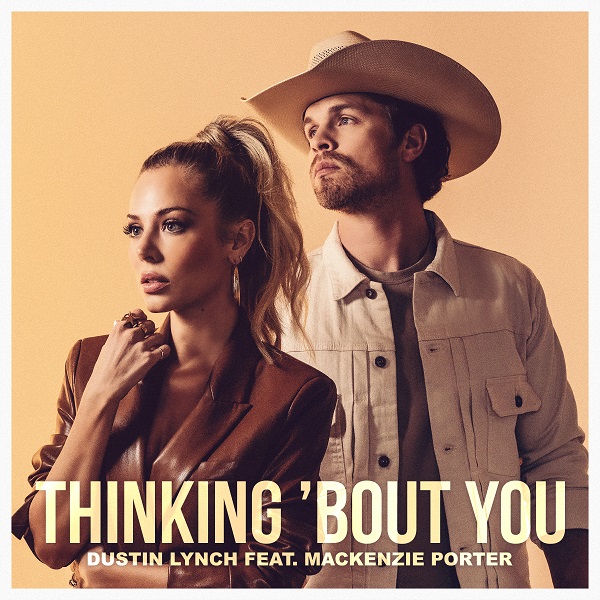 Surpassing the four-week #1 mark set by 2017’s “Small Town Boy,” “Thinking ‘Bout You” is once again sitting atop the Billboard Country Airplay chart this week (1/10/22) for its sixth week, making history joining the company of iconic singles such as “It’s Your Love” by Tim McGraw and Faith Hill, “How Forever Feels” by Kenny Chesney, and Lonestar’s “I’m Already There.” The chart-ruler has also racked up over 191 MILLION on-demand streams to date.

The Lynch, Andy Albert, Hunter Phelps and Will Weatherly co-write is Lynch’s eighth #1 at Country radio overall – as well as his third career chart-topper as a songwriter – and also gives Porter her first U.S. #1 after four Canadian hits.

“‘Thinking ‘Bout You’ is a six-week #1 single at Country radio – that’s WILD y’all,” shares Lynch. “What a way to enter 2022! I’m excited to keep this momentum going, and to celebrate all year long. Thank you to all my friends and supporters at Country radio. I’m beyond thankful for everyone that’s worked so hard to make sure this song has the life it deserves.”

Looking ahead, Lynch and Porter will celebrate their airwave reign with a “Thinking ‘Bout You” performance on ABC’s Good Morning America on January 19 – and soon, the Tullahoma, TN, hitmaker will be making another big announcement.

Since then, he’s shared a series of new tracks alongside “Thinking ‘Bout You” including “Not Every Cowboy,” and “Pasadena,” plus even more collaborations like “Huntin’ Land (feat. Riley Green)” and “Tequila On A Boat (feat. Chris Lane).”