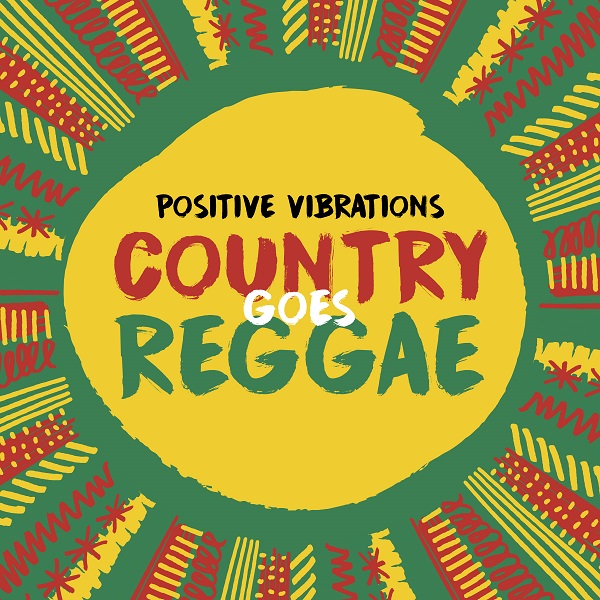 Putting a reggae twist on some of Country music’s biggest hits, renowned Jamaican musicians and engineers – dubbed Positive Vibrations – will release Country Goes Reggae on Friday, July 22. The 11-track project recreates the musical arrangements behind beloved Country songs, fusing together the top Reggae musicians in Jamaica with vocals from some of the biggest artists in Country music history. Pre-save/Pre-add Country Goes Reggae HERE.

Proving their successful blend of genres and cultures, in 2006, the Berman Brothers created Rhythms Del Mundo – Cuba, which featured Coldplay, Sting and U2 and was No. 1 on iTunes and Amazon charts in more than 20 countries with Platinum and Gold sales in countries like Germany, Italy, Mexico and more. Then in 2013, they merged iconic American artists like Billie Holiday, Aretha Franklin, Marvin Gaye, and Bill Withers with the unique Bossa Nova and Samba sounds of Brazil, which also went No. 1 on multiple iTunes and Amazon charts.

The idea for Country Goes Reggae came on trip to Negril, Jamaica in 2019, when the brothers were sitting at a sunset, beach bar listening to Reggae classics as a car passed by blasting U.S. Country songs. The blend of different styles and cultures, they knew the two worlds would blend perfectly together.

The upcoming project reimagines Dolly Parton’s “Two Doors Down,” Alabama’s “Pass It On Down,” Rascal Flatts’ “I Like The Sound of That,” Toby Keith’s “Red Solo Cup,” Uncle Kracker’s “Smile,” Randy Houser’s “Boots On,” Jimmie Allen’s “Make Me Want To” and more.

Embodying the musical elements of Reggae such as the thumping bass and drums blended with staccato horn arrangements, the album’s Rock and Soul upbeat aesthetic flows throughout the record, making it the perfect summertime jam.