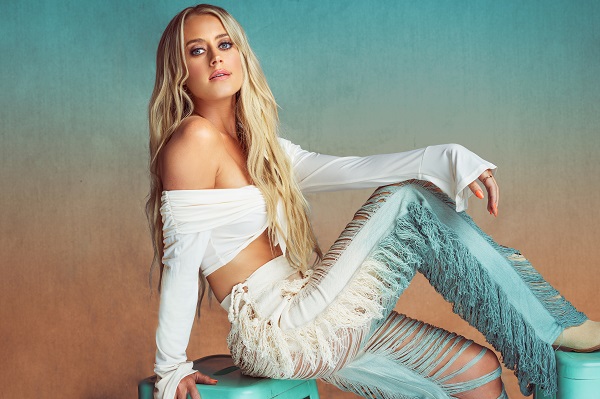 “BROOKE EDEN IS THE QUEER COUNTRY SUPERSTAR WE NEED AND DESERVE”

“It’s no question that Eden is a torch-bearer for inclusion in country music.”
– Music Row

“As a country artist, I aim to reach beyond the norms of our genre and connect the dots between small town living and real life love of all forms,” says Brooke. “Although there is still more understanding and progress to be made, I’m so proud to see the forward movement in the country music space. The LGBTQ+ community belongs everywhere music is made, and I’m honored to be amongst these icons are are making strides toward a more inclusive world.”

A milestone year for the “‘fiery country star-in-the-making” (Billboard), in 2022, Brooke was named “One to Watch” by Nashville Lifestyles, recognized as the “Next Big Thing” by Music Row that noted her “talent and authenticity will irrevocably impact Country music and its future,” and she released her most personal and authentic project yet – Choosing You – that captures her “fun-loving ’90s-influenced sound…with a compelling message to boot.” (American Songwriter).

She performed at NYC’s Pride March and made her national morning television debut on NBC TODAY, performing her deeply relatable song “Left You For Me” as well as her ACM Awards performance debut, joining Parmalee and Blanco Brown for their platinum multinational No. 1 smash hit “Just the Way,” which became an Amazon Original song that Country Now deemed an “one-of-a-kind rendition,” and performed at.

Partnering with RIAA for an initiative called “Music Matters,” Brooke met with Congressman David Cicilline, Chair of the Congressional LGBTQ+ Equality Caucus, for a conversation surrounding LGBTQ+ equality and representation, and with the campers of Girls Inc., at YWCA Nashville & Middle Tennessee, for an intimate discussion on how music inspired her to be her true self, encouraging campers to share their stories and what songs have inspired them. Confessing to American Songwriter about the conversations: “Just to have that common human experience, makes you feel like you’re not alone.”

Gracing the cover of Love Inc. Magazine, 2022 also brought personal victories for Brooke as, she married her long-time girlfriend Hillary Hoover, exclusively giving People the first look into the Tricia Yearwood-officiated wedding, in which Garth Brooks sang them down the aisle.

Recognizing and honoring media for their fair, accurate and inclusive representations of the lesbian, gay, bisexual, transgender, and queer (LGBTQ) community and the issues that affect their lives, The GLAAD Media Awards – which fund GLAAD’s work to accelerate LGBTQ acceptance – will be held in Los Angeles on March 30 and in New York City on May 13.