“TrailerTrap” Creator Performs “The Git Up” on Good Morning America

Viral sensation to appear on Jimmy Kimmel Live! and The Talk next week in advance of sold out Staples Center show 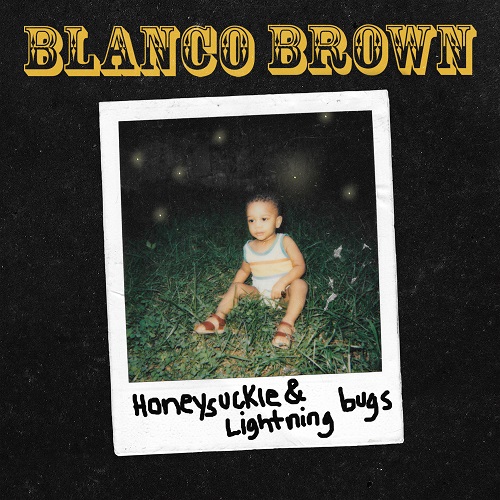 Blanco Brown, the mastermind behind the international smash single “The Git Up” today releases his debut album, Honeysuckle & Lightning Bugs via BBR Music Group. In celebration of his debut, Blanco appeared during the 8am hour on Good Morning America this morning and performed a mash-up of his global hit in addition to a brand-new song off the new album, “FunkyTonk.” Catch the performance here. The “TrailerTrap” creator also released a music video for his Country ballad, “Tn Whiskey,” which premiered exclusively on Taste of Country yesterday.

Having already been in NYC the last several days in support of the album, Blanco will head south this weekend to perform at the University of Georgia, before continuing his street week activities in Los Angeles. Next Wednesday he will appear on Jimmy Kimmel Live!, The Talk and several other programs before he takes the stage in front of a sold-out audience at Staples Center with Kane Brown.

“Music has always been deep in my heart but it took me a long time to admit it was my purpose,” said Blanco Brown. “I’m so proud to finally be sharing my moments with the world.”

Inspired by his youth growing up in Atlanta during the school year and rural Georgia during the summers, the album title is a tribute to his split-location upbringing that taught him the value of diversity and uniting people, things and sounds, which ultimately lead to the creation of TrailerTrap, a new genre that fuses hip hop beats with 808’s and traditional Country music. Honeysuckle & Lightning Bugs is a nod to the bittersweet memories because no matter where he was, in the city projects or the stick of Butler, the smell of honeysuckle and the mystifying glow of fireflies filled the air, making him feel at home.

Honeysuckle & Lightning Bugs is a full-fledged collection of music, jam packed with intricate details, that delves deep into this fusion of sound. The music draws upon the rawness and storytelling abilities of his two biggest musical influences, Johnny Cash and Outkast, to seamlessly blend genres, providing the world with the first TrailerTrap album. Ranging from the nostalgic ballad “Ghett Ol Memories,” to the empowering and uplifting “Georgia Power,” Honeysuckle & Lightning Bugs takes listeners on an odyssey filled with life lessons, emotional passages and anecdotes from Brown’s life. Having wrote/co-wrote and produced every track, in addition to playing many of the instruments, the album is uniquely Blanco Brown.

The world got its first taste of Blanco’s work as an artist with the global smash, “The Git Up,” which claimed the #1 spot on Billboard’s Hot Country Songs Chart, for 12 weeks (the longest reign since the chart’s creation). The track, which Rolling Stone said is “one exciting glimpse at a possible future path for country, soul and the considerable space where the two overlap,” went viral after a social video of Blanco performing the dance caught the world’s attention and spawned nearly 3 billion views and millions of user-generated videos using #TheGitUpChallenge.

A newcomer to the stage, Blanco has already performed at halftime during the Thursday Night Football, the US Open, the Teen Choice Awards and at the Pendleton Whisky Festival alongside Post Malone—he will take to the road at the top of the year with Chris Lane on the BIG, BIG PLANS Tour. See a full list of appearances and air times for recent television appearances, below: