A new year – a new decade – needs a new voice. An artist with a fresh lyrical take on social issues (and social media) and troubled times (and troubled relationships). And on how, after a glass of wine or three, things are often better.

On the strength of the songs the Yorkshire-born, Nashville-hearted singer-songwriter has created for her forthcoming debut album Hollywood Gypsy, we’ll be hearing her name repeated far and wide over the coming months and years. Now it’s time for the rest of the musical world to catch up with what country music-watchers – who clocked Twinnie’s stand-out performances at last year’s C2C festival at London’s O2 – have known for a while: this Brit is a future international star.

“The title of the album pretty much sums me up,” says this frank, funny, fearless woman – a restless, up-for-it creative. “My mam and dad were very different, two different cultures, and I grew up between those,” Twinnie continues of a heritage that includes Romany Gypsy – hence the other half of that album title. “And I created that in my adult life, my own normal. I have one life in Nashville, and another here. I’m never settled unless I’m in transit. I am a traveller by nature and by heritage, so I am quite free.”

“Then as for the Hollywood aspect, I grew up on those old movie musicals, I was enthralled by their performances. They could all sing, dance and act and I think that set the benchmark and inspired me as an artist. I’ve always had a lot of respect and discipline for the art of “putting on a show” and I always want to honour the craft of songwriting, dancing and acting. I feel a real responsibility when I perform not only to just sing & play, I want to connect with people… after all that is the reason behind why I do what I do. The shows should have a bit of drama, a bit of banter, I always want people to walk away feeling like they have been entertained.”

That easy connectivity is front and centre in the songs Twinnie has released so far via her record label BMG. On irresistible country-pop belters Better When I’m Drunk and Social Babies, Twinnie’s engaging, entertaining personality is at the forefront – as are the earworm hooks, whipsmart lyrics and full-force vocals that recall the glory years of what we might call Peak Shania, when Ms Twain was releasing bangers like Man, I Feel A Woman and That Don’t Impress Me Much.

“I make really bad decisions when I’m drunk,” admits Twinnie with a smile, a shrug and typical take-it-or-leave-it candour, referring to the track Better When I’m Drunk. “So I thought it was quite relatable. It was actually based on my friend who was not over this guy, and was always back and forth about him. She’d be like, ‘no way am I texting him’ – then she has one glass of wine and she’s all, ‘I love you!’”

Twinnie could understand that – that’s what it’s like when you’re obsessed with someone. “And obviously you’re a bit freer when you have that Dutch courage.”

We’ve all been there, but we can’t all write about it. Twinnie can, with some ease.

“I wrote that song in about 25 minutes. I write every day, it’s like therapy for me & it’s way cheaper. I wrote it with my friend Adam Argyle,” she adds, always keen to give credit where credit’s due, “and the words just fell out. I don’t mind taking the piss out of myself or being vulnerable, because what is the point otherwise? People will see through you anyway. And all the artists I like are relatable and attainable. So it’s very human to admit: ‘Yeah, I did this ’cause I’d had one too many…’”

“That song is ultimately what I’m about, that pop/country crossover. It’s about social media. I didn’t really grow up in that world but I have experienced its dark side, that comparing culture. I wrote that four years ago but it has even more resonance now. As a female artist it is important to talk about this stuff,” she continues. “You go on Instagram and you feel shit, ‘oh I don’t look like that!’ Of course you don’t look like that! You’ve not had 100 grand’s worth of work or used 50 filters or have an assistant! I’m so inspired by women that are unapologetically themselves, Adele is a brilliant role model for being herself and that’s refreshing, and that’s human – and that’s what I try and do in my music. It’s meant to be real, imperfect, ugly, heartbreaking, fun, beautiful all the things that you experience in life.”

Into the new year, teeing up the release of Hollywood Gypsy is the double hit of Type of Girl and I Love You Now Change. Twinnie explains that the latter song is her typically deft take on the pressures often faced in relationships. “This song was inspired by conflict, two people not being on the same page. I feel like I can relate this song not only to my love life but also the pressures you can face as a new artist in the music industry, I will say though where there is conflict it shows that people care and through that struggle you grow and truth be told I’m so thankful to the person that inspired this song because it is one of my favourites,” she adds with a smile.

Again, it was about being free. “It’s been the most amazing experience writing this album I’ve felt all the feelings, I have been given so much support and freedom to try and create something which is whole heartedly me. I think sometimes when you are a new artist you can be easily swayed by what’s already out there & commercially working but people really encourage me to stay in my own lane.”

Type of Girl is a big song with a big vocal, not to mention a hilarious video. It plays to Twinnie’s strength as an actress and performer as she acts out various tropes and roles of femininity. The woman can clearly do comedy, too.

“The song basically just lists all my flaws, the video was inspired by a Vera-Ellen scene in On the Town, which I’ve had in my head for about two years. It’s all about women who’ve inspired me, past and present – but it’s also takes on my personality. So the supermodel at the end who falls over – I’m quite clumsy, I will always be honest & speak my mind, I have strong vision of who I am, and it’s not anybody else’s job to tell me. So that song was me saying upfront to a future boyfriend.

“This is all of me!” she concludes with a laugh. “Yeah, I suppose I can act crazy & irrational sometimes if pushed to it but I’d rather lay it all out on the line – and in song!”

This, then, is the world and the ways and the wit and songwriting wiles of a future British superstar.

“Hollywood Gypsy is the first chapter about me, my life, my artistry – but it’s also about the people who’ve helped me get here” she concludes with another infectious laugh.

This is 2020 and this is Twinnie. Stand by to be thoroughly, wholly, brilliantly entertained. 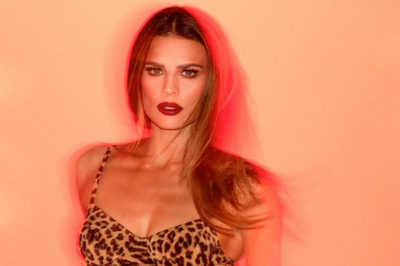 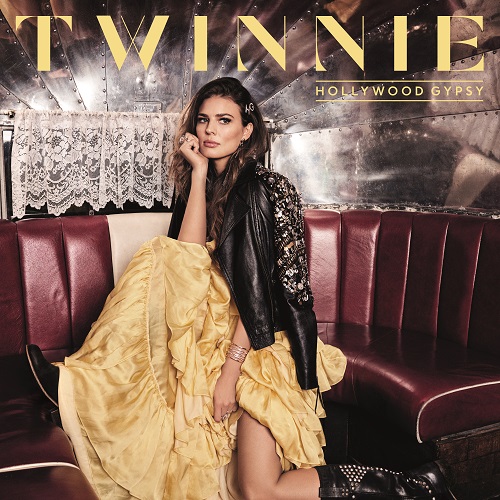