There’s a sound that hasn’t been heard on Country radio in quite some time – the sound of organic, three-part female harmonies, ringing strings and stories that speak the language of modern women everywhere. It’s a sound that was the backbone of a little group known as The Chicks, and now it’s making a comeback through a vocal trio named Runaway June.

Rootsy, brightly colored and mixing bluegrass tradition with dusty desert cool, Runaway June is comprised of three all-American women from different walks of life who have all “runaway” to chase the all-American dream.

Though still being relatively new, the trio has already accomplished many feats that some artists never attain in their lifetimes. This past year Runaway June marked the first time a female trio or group has broken into the top five on the Mediabase Country chart since The Chicks in 2003 with their breakout single “Buy My Own Drinks.” This song cemented their presence and proved their perseverance to spread this light-hearted anthem of independence.

Not only have them gained this Country radio chart success, Runaway June has become an ACM and CMT nominated band, been named CMT’s “Next Women of Country,” scored major tours and opening slots with some of the biggest names and icons in music (including Garth Brooks and Carrie Underwood), performed on national TV including the CMA Awards, ACM Awards, CMT Awards and TODAY,  GMA, and CMA Country Christmas. The trio has received high praise and raves from dozens of critical outlets, all while constantly digging deeper to fill out a sound that connects them to the tradition of Country music and its devoted fans.

Immediately triggering a warm sense of nostalgia, Runaway June’s newest single “We Were Rich” takes the listener back to those backyard barbecues sipping fresh lemonade between a game of tag with family and neighbors. This up-tempo heel-tapper reminds the listener of simpler times when it didn’t take all the bell and whistles to feel rich. It is an even better reminder during this time of chaos in the world that it is the little things in life that matter most.

These two singles are woven into the tapestry of their debut album, Blue Roses, produced by legends Dan Huff and Ross Copperman. Released in June of 2019, this album is a collection of songs that highlight different sides of the group while leaving the listener understanding exactly what kind of ride they are in for with Runaway June. With eclectic personalities, a listen through of their songs makes seemingly disparate images such as gypsy bohemian chic, sunsets over sand and ocean, and roots in bluegrass and classic western all blend into one timeless vibe.

Naomi Cooke grew up in Florida enchanted with the other-worldly vocals of Alison Krauss, then made her way to a stage in Nashville’s world-famous Tootsie’s Orchid Lounge.

Singer/guitarist Jennifer Wayne – a California Native– is a Garth Brooks lover so dedicated to country music she gave up a pro tennis career to write songs in Nashville (“She Don’t Love You” by Eric Paslay), and happens to be the granddaughter of Hollywood legend John Wayne.

Singer/fiddle player/guitarist Natalie Stovall grew up close to Music City in a town called Columbia, Tennessee. She started her career at the ripe age of four years old playing fiddle in the Opryland Kids Club and made her first Opry debut at age 12. Needless to say, this Berklee College of Music grad has always had music and drive in her blood.

All from different backgrounds but with the same passion, they all separately decided Nashville is where they want to be, and their paths lead them to Runaway June. Their name is an ode to their separate histories and their mutual bonds. They each felt pulled to “run away” from their homes and toward their dreams to find themselves part of something bigger. As for “June,” both Jennifer’s grandmother and one of Naomi’s sisters are named June, a strong symbol of the family the trio has become.

Signed to Wheelhouse Records an imprint of BBR Music Group, the first thing listeners will notice is the trio’s obvious musical connection, and their stunning three-part harmonies – natural and effortless in feel.

Just as impressive is their musicianship, a modern twist on a way-back sound that sets Runaway June apart from the pack as a true, self-contained band. Indeed, as strong women who are not afraid to take risks in achieving their goals, empowerment is a recurring theme for Runaway June – and not just female empowerment.  “We want to be inclusive,” says Naomi. “We want to sing to everybody, so we steer away from being super negative to either gender.”

In a time when female voices have been squeezed into a few narrow categories at Country radio – the bad girls, the good girls, the crusaders – Runaway June want to break the mold. They know women’s lives are far more diverse, and even though their sound is rooted in the timeless, their stories are very much of the here and now. So, in true fashion of The Chicks, they are here to break ground and pave the way for a new generation of the dreamers and the doers. 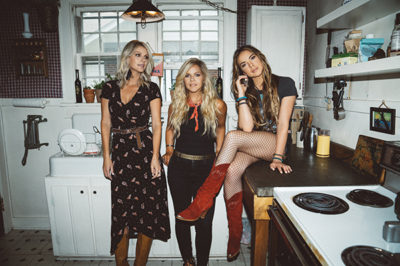 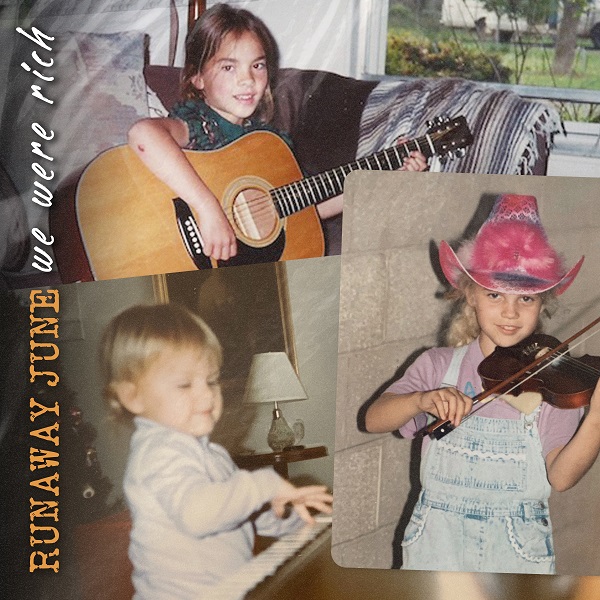