But there is one thing RoadHouse doesn’t do: small.

“We want to make everyone in the place have the best time of their lives,” founder Dee Jay Silver says. “When people think of RoadHouse, we want them to think, ‘Man. That was a party’ and wake up the next day with a few great stories and even better memories.”

Comprised of Dee Jay Silver and DJ Ikon, RoadHouse will release remixes of other artists’ songs as well as original material with featured artists singing vocals and taking what a music experience can be and upping the ante, creating a space where nostalgia and living wholly for the moment collide in unexpected and thrilling ways. “As a DJ, part of your job is trying to spark a good memory,” says Silver. “You bring a song out of the past, drop it in, and create a moment––people are reminded of good times or good feelings.”

Make no mistake: A RoadHouse show is a party. Punctuated by super-star singing cameos and electric guitars––all live––Silver and Ikon seamlessly move from Post Malone to Kane brown to Beyoncé to Jason Aldean, as a sea of hands hit the air, waves of hips move, and worries feel worlds away.

The first DJ ever signed to a Nashville label and a beloved fixture on tour with Country A-listers like Jason Aldean––with whom he’s performed for a decade––Silver is used to breaking down barriers. The Texas native began his career working in a club in Missouri, learning the craft on vinyl from veteran DJs. “When I started, you’d spend all day trying to match beats, just trial and error,” he says. “You also spent a lot more time waiting for record stores to open so you could find cool records to play at the club that night––records nobody else had.”

Silver then moved back to Texas and made Austin his home base for the next 10 years as he traveled across the country, DJing in hotspots from San Diego to New York, Las Vegas to Miami, Chicago to Dallas. When he made his way to Nashville, his career shifted into an even higher gear as he hit the road not only with Aldean, but also with Brad Paisley, Luke Bryan, Florida Georgia Line, Eric Church, Rascal Flatts, Kane Brown, and more. Sets at marquee events including CMA Fest followed, and Silver became the first DJ to ever perform at the ACM Awards. The connection to Country came naturally for him. “My dad always played guitar on the front porch, singing old Country songs,” Silver says. “Country music has always meant good memories to me.”

Born in Lake Tahoe, CA, Ikon first fell in love with DJing at an unlikely setting: ski competitions. DJs spun records while a 16-year-old Ikon competed on the slopes and found himself irresistibly drawn to the art form. “I just thought, man, that is so rad,” he remembers, laughing. “I knew that’s what I wanted to do.”

After high school graduation, Ikon moved to Reno and got a job at Planet DJ, a DJ supply store owned and staffed by pro DJs. “I was thrown into this world with all of these really good DJs,” Ikon remembers. “I was so excited to just be there.” He began playing local fraternity parties and clubs, but quickly snagged the attention of bigger fish. Invited to perform at a competition that was otherwise open exclusively to Las Vegas DJs, the then 24-year-old Ikon showed up––and he won. The coup resulted in a job offer and a big move to Vegas, where Ikon went on to earn “DJ of the Year” nods and a spot on the city’s exclusive “Top 30 Under 30” list.

“Ikon is a great technical DJ,” Silver says. “He can read a room and knows when to play which record. That’s a talent you can’t learn on YouTube.”

“My worst day DJing is better than my best day working at UPS,” Ikon quips.

Silver and Ikon met in Vegas. When mutual friends introduced them, the two immediately hit it off––and about a year later, Silver had a hunch he’d found the partner he needed to launch RoadHouse.

Ikon agrees. “My style has always been open format,” he says. “I’ll play ‘Sweet Home Alabama’ and follow it with Dr. Dre.”

With a debut album in the works, RoadHouse is writing with some of Nashville’s top talents and producing while planning jaw-dropping performances featuring live singers, instruments and plenty of guitar drops.

Collaborations with different all-stars are in the pipeline, and the mash-ups promise to be surprising, heart-pounding, and best enjoyed turned all the way up. Original and unbeholden to anyone else’s idea of what they should be, RoadHouse is creating their own space––limitless and wild.

“All any artist wants to do is to be part of a huge moment––and to create their own huge moment,” says Silver. “That is the inspiration behind RoadHouse. Every song is big. Every song is loud. It’ll be something different.” He pauses, then grins as he adds, “People haven’t seen what we do yet.” 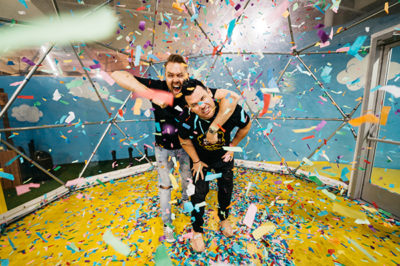 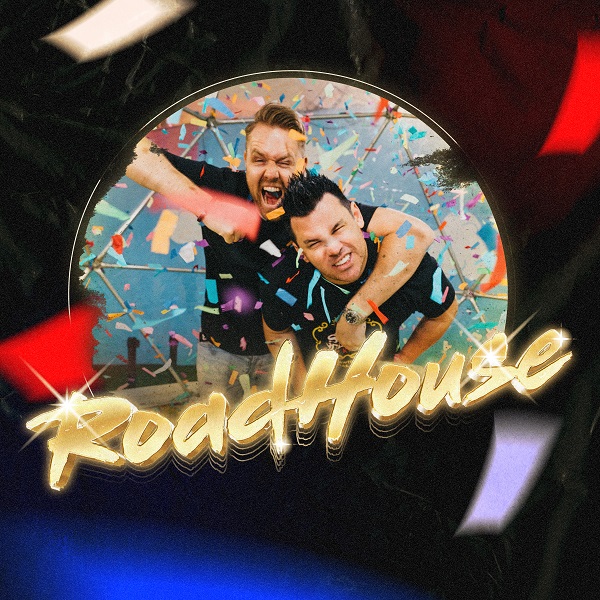